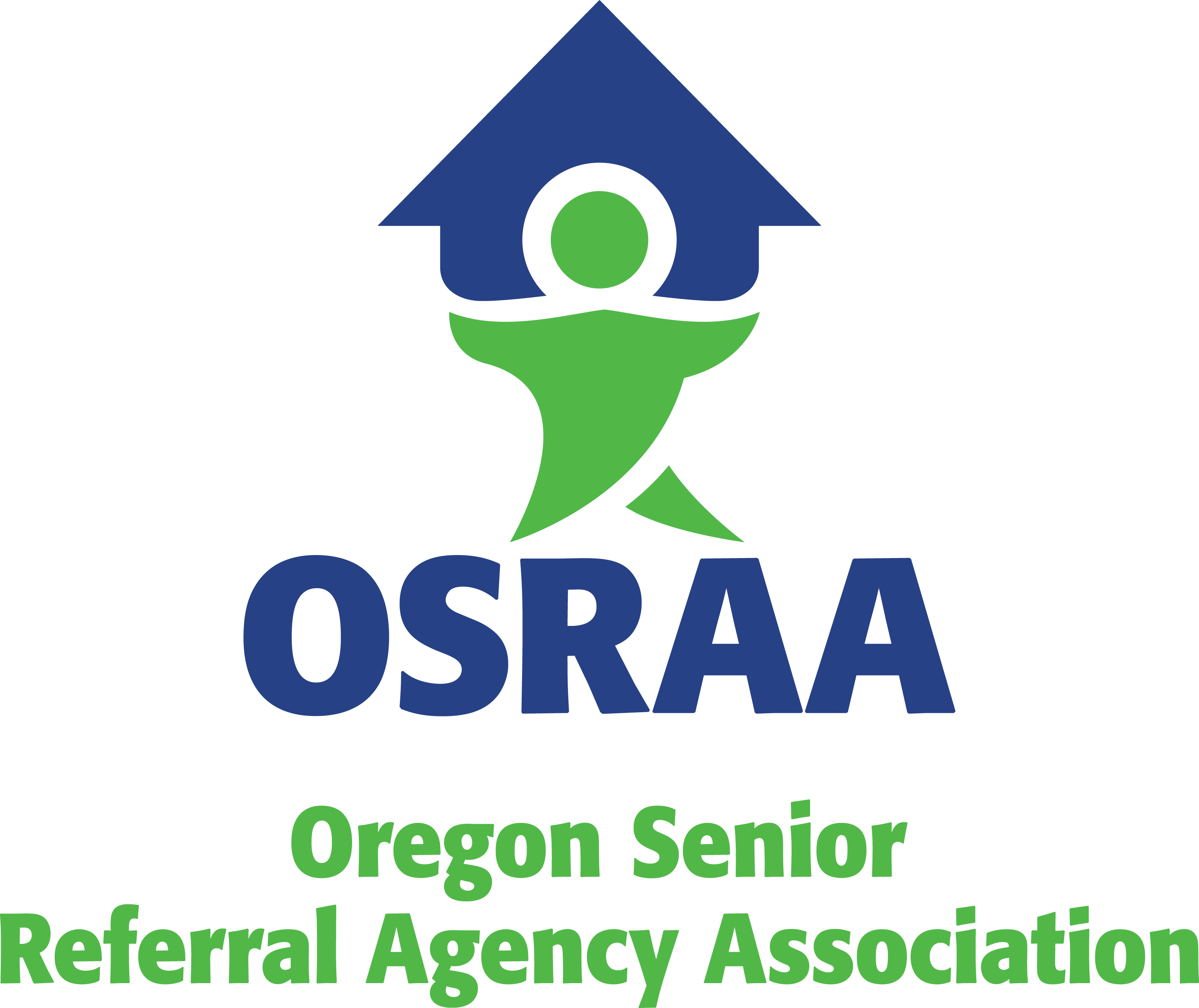 The purpose of OSRAA is to “Promote Professional and Ethical Senior Referral Services in the State of Oregon.” Our Members share the vision of providing excellent pre-qualified housing options to seniors and their families. Our Members collaborate in gathering and exchanging information, based on our individual experiences, to provide quality assurance for referrals. Our Members strive to ensure the welfare of seniors and to protect the reputation and integrity of referral agents.

Oregon Senior Referral Agency Association was formed in 2004 with just four individual agencies. By and large, the first few years were a loose collaboration and sharing of information.

In 2011 OSRAA officially established Bylaws and a Code-of-Ethics. Referral agents wanting to join were required to submit formal application and were vetted.

Until 2018, there were no regulations or oversight in how placement and referral agents did business. OSRAA members saw a need for consumer protection. They began working with key stakeholders and DHS to establish some administrative rules.

OSRAA members drafted documentation on the need for regulations resulting in HB 2661. Members lobbied legislators in Salem. HB 2661 passed both house and senate in 2017. Governor Kate Brown signed it into law on July 2017.

Placement and Referral Agent Definition: Anyone accepting compensation of any kind in exchange for making a referral to long-term-care housing or services.